When you book with an account, you will be able to track your payment status, track the confirmation and you can also rate the tour after you finished the tour.
Sign Up

Or Continue As Guest

When you book with an account, you will be able to track your payment status, track the confirmation and you can also rate the tour after you finished the tour.
Sign Up
3625

Why Book With Us?

Do not hesitage to give us a call. We are an expert team and we are happy to talk to you.

A visit to Catania is a most fascinating act of self-discovery, back down the old ways of time… the real enigma of this place is that it has been inhabited for 3000 years at the foot of Etna, despite earthquakes, eruptions, disasters, calamities and destructions. To live so close to the most active volcano in Europe is an expression of change and transformation, suggesting the process of self-renewal leading to fulfillment. The atmosphere of Catania makes you pray more than a saint would pray, and sin more than an ideal sinner would commit.

The history of this place in Sicily is unforgettable, and it still preserves the elegance and prestige with its limestone buildings from different epochs seeing the ageless Athena with her golden hair dressed in white and armed with a sword. The glory of old Syracuse is sung by Livius, Plutarch, Cicero, Ovid, Pindar, Virgil, Plato. It witnessed various wars, conflicts and competitions, the most famous victim was the prodigy Archimedes, whose death signalled the intellectual decline of this fertile land.

Taormina is a flourishing garden with figs, grapes, pomegranates, peaches, almond trees, purple anemones, hibiscus and salvia; it gives you the sense of the interaction between humanity and nature, feeling of wonder and of historical pain. Its historical roots are older than the Greeks’ arrival in Sicily. There’ is no doubt that the role of Taormina was significant for the island, thus Pliny the Elder, a great intender and connoisseur of good Italian wines, noted Taormina for its excellent wine. Capricious Etna plays many jokes to locals, they are helpless in worshiping their “Mongibel”. The beautiful mount still waits for the return of Ulysses whose cinematic appearance fires modern imagination.

To be conquered by certain peoples is a real privilege. Among the most formidable conquerors Greeks play the most significant role in the history of Sicily, having transformed this island in the World Greatest Open-Air Museum. Old Greek constructions thrown down a gage to modern architecture. The Greek philosopher Empedocles praised old Akragas: “the people enjoy the trouble-free and bohemian life here as if it’s the last day in their existence; but they build up temples and palaces as if they never die.” Thanks to their grandeur and superiority the temples are still in Agrigento involving each single visitor. Genially projected temples are in a perfect state, the presence of colossal telamons, which used to support some structures, are decorative elements to remind us about the glorious past and the wounded present.

Surrounded by the rugged mountains and washed by the waters of the Tyrrhenian Sea; it is the most attractive piece of the Paradise on our earth passed through various historical periods and dominated by various peoples. Palermo celebrated its splendid glories and cured its bleeding wounds. “Travelers come from everywhere, merchants and dealers from every city and metropolis, and all agree in praising it, and praise its splendid beauty, speak of its happy circumstances, its various advantages and the good things Sicily attracts from every other country of the world”, said Al Idrisi in the 12th century. 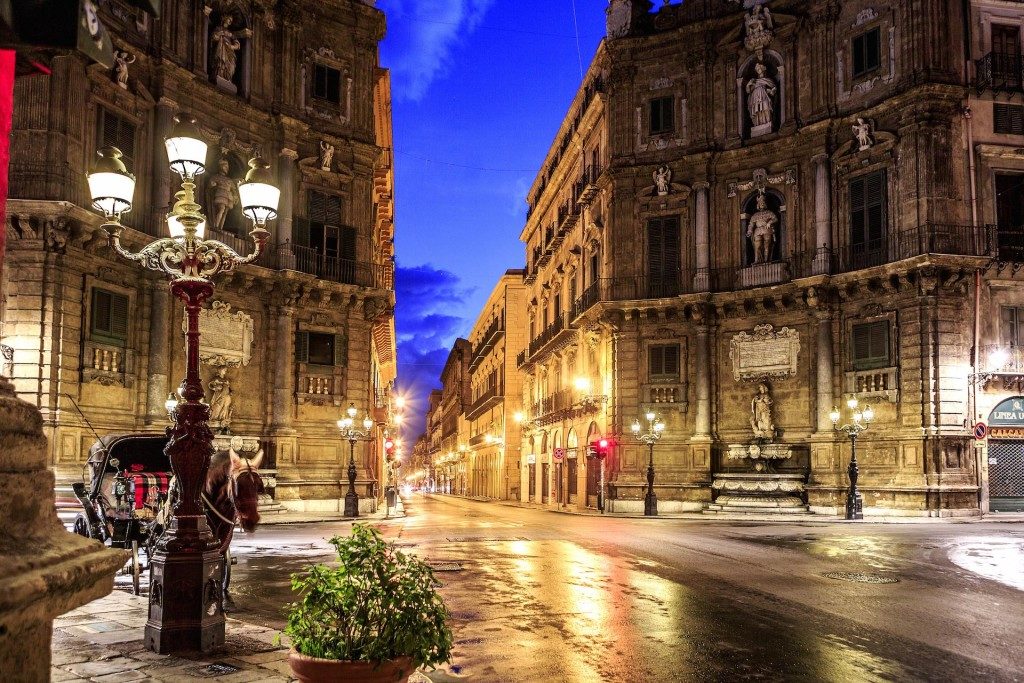 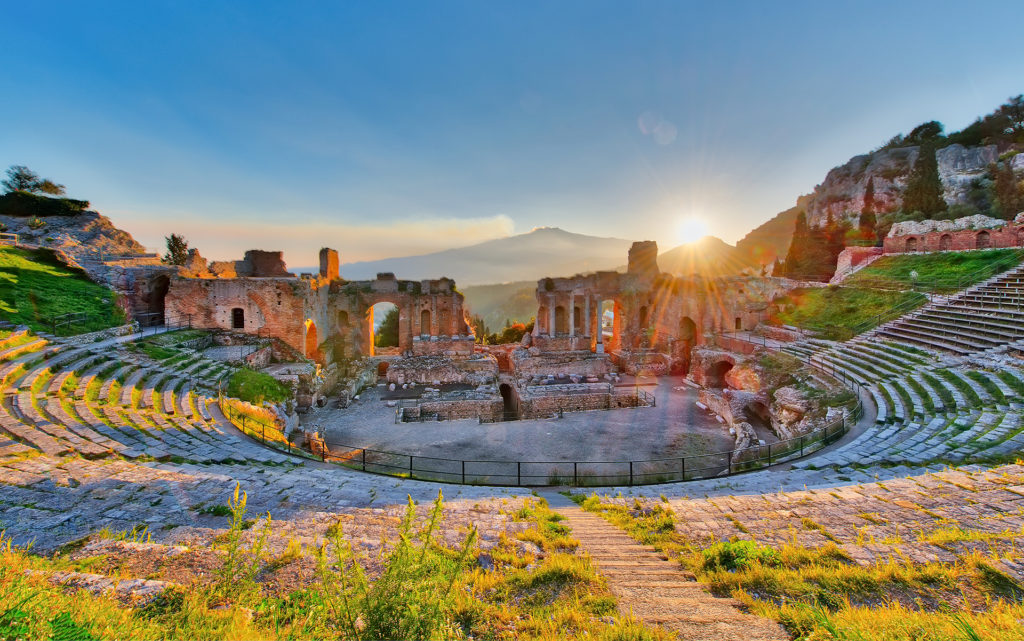